Round ME - create your own VR Tours

Google has just launched its Expeditions creator BETA program that allows students and teachers to create their own Google Expeditions. 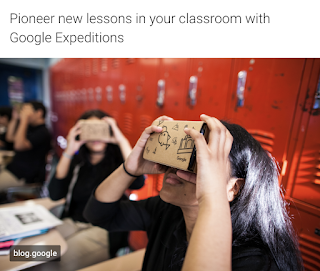 According to Google
"One of the top requests we’ve heard from teachers and students is the ability to create their own Expeditions. Today, we are excited to announce a beta program that allows schools and educators to do just that. Classrooms will be able to create immersive tours of the world around them -- their classrooms, their schools, their communities."

I have signed up for the BETA program, I can't wait and I hope we get to test it out. Until then though we will continue creating our own Google Expeditions via the website roundme.com

roundme is really cool and very easy to use, it has heaps of possibilities for moving students from consumption to creation (one of my favourite things to do and right at the top of Blooms revised Taxonomy) 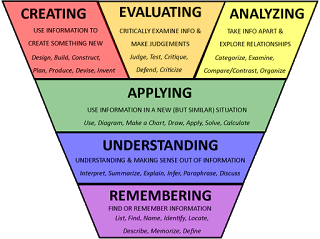 Creation of VR tours is a very simple process

Anyone can upload 360 degree images by dragging and dropping the image on to the browser window, with the free version of roundme, you can upload up to 15 images a week (which is plenty) 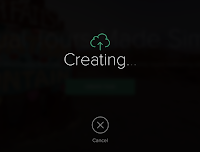 To get 360 degree images / photospheres you can use a 360 camera, the Streeview app on a phone or download Streetview images from the website istreetview.com.  See here for detailed instructions.

Sometimes when you download Google Streetview images the image is too large, Roundme has a photo limit of 10000 X 5000 pixels. To change the size of the image on my Mac I used ColorSync Utility which allows you to set the pixel size of an image to the exact proportions you want while keeping the scale the same. I am sure there are equivalent programs on Windows or Chrome.

Once the photospheres are uploaded you can then add content to the 360 photos including Youtube videos, images, text and links to other 360 images thus creating a tour. 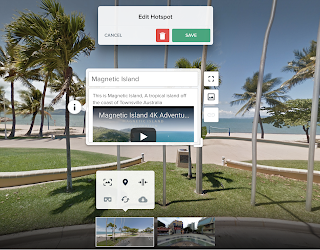 Press a button to publish it and share the link.

There you have it, the teacher or even better the students created Google Expedition / VR tour.

Here is an example of the roundme that one of our grade 5 teachers created so his class could check out their camp location before they went on camp.

How can I use this in my class?

We have been exploring using student created VR tours in the following ways.

We have only just started this process and I feel like we have only scraped the top of the iceberg, so to speak. Maybe next I will make a VR tour of all the different VR experiences our students have created.

Email ThisBlogThis!Share to TwitterShare to FacebookShare to Pinterest
Labels: creating, How to, tech tips, video 360, VR