The Amazing race revisited part 2 - make your own

As I stated earlier I began with this Google Slide Presentation


All of the resources can be found here

The main features of the Amazing race are


For all of this to happen

That way I get to collect all the email addresses and team names.

I could then go to each Google Form (6 of them) and add the teams names as a drop down menu or I could automate this using Form Ranger. 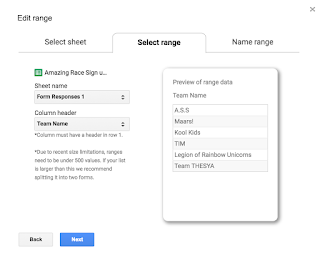 I used the column 'Team name' from the sign up sheet as the data source for the team name drop down question on each of the 6 Google sheets.

You can set up Form Ranger to refresh the questions on form submit or every hour, the problem is that I want the form to be refreshed as soon as the Amazing Race starts. To do this I need to go into each form and just start the Form Ranger Add on and the questions are populated (you occasionally may have to use the refresh button).

I have a copy of each question form open in a tab and then just go from tab to tab and start the Form Ranger Add on. This might seem like a hassle but it is much easier than updating the question as a drop down myself. I do this as soon as the race starts when the teams are sharing their chants.

Once you have done this (and started the race), everything else runs itself.

To send the emails (and start the race), I use the Form Mule Sheets add on. Form Mule allows you to send personalised emails either in bulk or when a form is submitted (automagically). For the first form (sign up) I want to send the email all at once (when the race starts) for all the other sheet I want the emails to be sent as soon as the form with the task evidence is submitted. 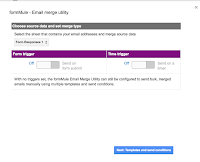 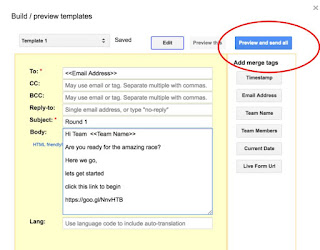 Once I preview and send to all, each team gets their first email with a link to their first MyMap.

Google MyMaps look cool (like an Amazing Race route) and are pretty easy to make. I added different icons in different colours and lines to show the route. The tasks are markers in the Map You can add Youtube videos, images, links to Google Docs, Forms or drawings, in fact you can add links to pretty much anything you want the participants to do.

Once you have made your first Map, you can easily copy the map and then add the extra marker and a route line from one task to the next, that way you slowly build up your map and end up with something looking like this

The tasks can be anything really, depending on your subject area. In this Amazing Race I made each task a skill or tip on how to make your own Amazing Race. Each task needed evidence (a link to a Google drive resource, uploaded file ) or correct answers to questions before the team could proceed.


Each MyMap task had a link to a Google Form (often extra instructions and videos are added to the form) where the participants had to complete or add their evidence.

Once the Form was submitted with the evidence, it was sent to the Google Sheet. I (once again) used Form Mule to send out the next task (link to the MyMap) in another email. This time I used the Form Trigger - Send on Form Submit 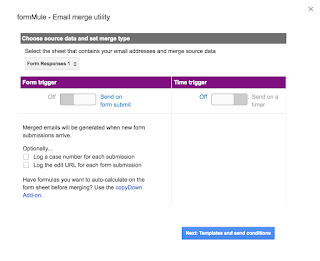 That way as soon as team completed the task, they were sent the next task.

This continued until they had completed all the tasks and were sent the last Email / Congratulations video. 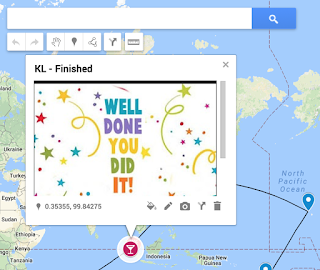 In the past I have had a team of scorers who keep an eye on the google sheets when the answers come in and give each teams points depending on the quality of their answer. This is a great way to do it if you have the person power available. Usually I have another Google Sheet linked to the spreadsheet that has a running total / grid of each teams score. Students are great as scorers and it is always fun to give the students some power over the teachers.

I didn't have the helpers so I wanted to make the scoring automatic and simple, I just wanted a visual representation of where each team was on their journey. 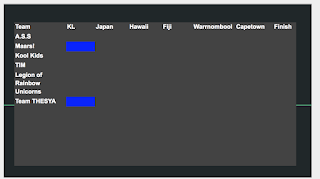 That way we could make it a bit more competitive and get some energy flowing. This ended up being harder that I thought.

I started by adding some extra sheets (tabs) to the sign up sheet  one for score total and one for each task. I then used the Import Range Function to import the responses from all the sheets into this one sheet.

I then needed some way to determine / record if a particular team name appeared in a sheet. i.e. I want a cell (next to their name) in the scores sheet to show a number 1 if the team name Kool Kids appears anywhere in the sheet "KL". Their name will only appear if the team has completed the task.

I tried a few things, but finally Jay Atwood came to my rescue the day before I was due to present.
I used the Countif formula 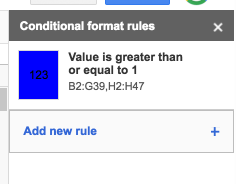 That way I get a nice blue visualisation of where each team is at during the race.

To insert the sheet into your Google Slide it is as easy as copying the cells you want to be seen and then pasting them on the slide. You will be provided with an option to link to the spreadsheet. 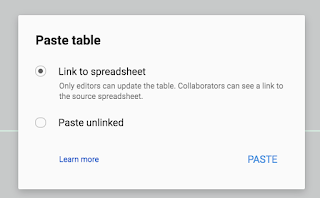 If only Google slides had the ability to auto refresh an embedded spreadsheet, that would be great. At the moment I need to manually press the refresh button. It works and it will have to do for now.

I would love to hear about other Google Amazing Race's people have created.
Posted by Geoff Derry at 12:54